Dr. Monk is a life long resident of Bucks county, and has lived in the Newtown area for over 35 years. He has been serving the local community as a chiropractor for 33 of those years. He has a deep commitment to helping people achieve the best working version of themselves, and cares for each of his patients at an individual, personal level. He has first-hand experience with the restorative power of the human body, specifically under the influence of chiropractic care, and proudly strives to share that experience with others.

We have the good fortune of having many health care options available to us. Each has its place and we get to choose what best serves us. Our design is such by an innate intelligence that we have all that is necessary for us to live, grow, repair and function with the intent of optimal health. Chiropractic care works by addressing that which interferes with that expression of optimal health and function.

Dr. Monk believes that the single most effective healthy influence in his life is chiropractic care. He has seen this to be true for hundreds of patients over decades of practice. Chiropractic care is the most conservative method of health care because nothing is added or taken away from the patient’s body. Functional corrections achieved with chiropractic care allow the body to perform as it was designed to do.

On a personal level, Dr. Monk uses all of the professionals in the health care system paired with his own chiropractic care. Professionally, he also refers his patients to these professionals when appropriate, but firmly believes that the least invasive approach should be explored first before seeking more aggressive alternatives. Dr. Monk has an affinity for the treatment of low back problems. He has a high level of success with failed low back surgeries, with those turned down for surgery, and with those who are suffering with degenerated or herniated discs.

Dr. Monk started on his road to becoming a chiropractor by first being a chiropractic patient himself. Preceding this, he was the typical young male that believed he was indestructible. He grew up in a “construction family” and believed nothing was too heavy or too high of a jump. Adding in a seven-year career as a motorcycle racer, where personal safety was not a forefront consideration - which resulted in an uncountable number of crashes and injuries, it wasn’t long before it became apparent that the results of all of this harsh activity were becoming cumulative. He hadn’t yet experienced an extreme event, but he knew his body was beginning to show the effects of his reckless activities.

Friends referred him to their local chiropractor, and from the first visit he saw so many positive changes that he thought he had found a way to counteract the reckless activities and carelessness. For many years, he underwent routine chiropractic care to offset the abuse his body was enduring. Soon, a few injuries were severe enough to force him to seek traditional medical care, which declared the conditions permanent and irreversible. Despite the opinions formed from the results of those previous evaluations, he soon saw almost complete restoration of his body as a result of chiropractic care. He was so in awe of these chiropractic results that he decided that this was exactly what he wanted to do with his life. He has since been fully devoted to helping his patients receive the same restoration and preventative care that he, himself, received when he was simply a patient in need.

Take the first step towards finding that better version of you. Call Dr. Monk now to schedule your first appointment! 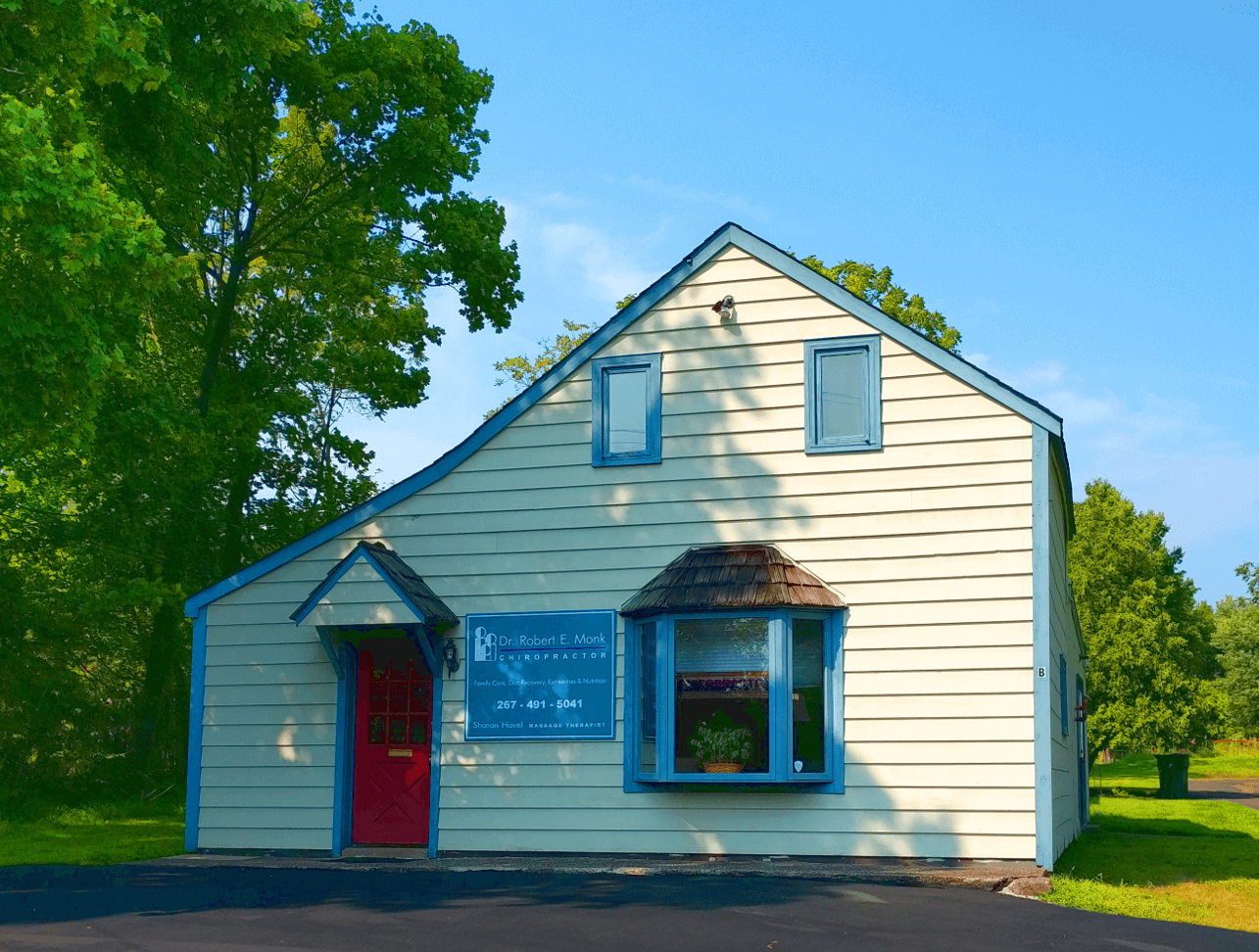 Beginning in 1985, Dr. Monk's Chiropractic Office has been serving the Wrightstown and Newtown community for more than 33 years.

Dr. Monk has built his practice around a commitment to providing personal and individualized care, which has supplied him with over three decades of referral based clientel.